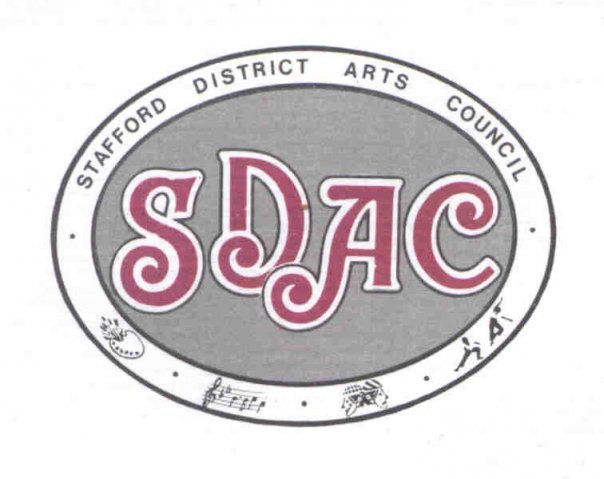 The Council shall foster and promote the maintenance, improvement and development of artistic taste and knowledge, understanding and appreciation of the arts, both directly and through local societies, among the inhabitants of the district of Stafford, and in furtherance of the foregoing aims, but not further or otherwise:

a] to improve standards of execution and appreciation of the arts;

b] to promote and market, and to encourage and assist in promoting and marketing, the practice, presentation and study of the arts;

c] to co-operate with and to give guidance and advice to any association, society, or other body established for charitable purposes only and having primary objects wholly or partly similar to those of the Council;

d] to give financial assistance to those societies, organisations and individuals who are members of the Council.  In exceptional circumstances, applications from non-members will be considered.

e] to bring together and co-ordinate the efforts of the local authority, bodies, organisations, societies, and individuals concerned or interested in the attainment of all or any of the aims of the Council;

f] to do all such other things as are necessary to the attainment of the foregoing aims.

For the purposes of this constitution the term ‘District of Stafford’ shall mean the area administered by Stafford Borough Council as at any time constituted.

a]membership shall be open to such of the following as choose to apply: {i} Individuals and organisations whose aims are not inconsistent with the aims of the Council and who operate on a “not for profit” basis. Such organisations shall be entitled to nominate one representative to the Council.

{ii} Individuals and organisations whose aims are not inconsistent with the aims of the Council and who operate on a “for profit” basis, on the understanding that they shall not be entitled to financial assistance from the Council or from other bodies who might provide benefits normally given to Council members.  Such organisations shall be entitled to nominate one representative to the Council.

{iii} Representation of organisations as follows:

2.One representative of the Staffordshire County Council

{iv} Life members as may be appointed by resolution of the Council at the Annual General Meeting of the Council, such appointments to be carried by a simple majority, on the recommendation of the Executive Committee.

{v} The officer (or nominee) responsible for the Arts in Stafford Borough Council.

A member of the Council may resign at any time by giving one month notice in writing to the Secretary, and shall be deemed to have resigned if the subscription has not been paid by the date of the Annual General Meeting of the Council.

{i}the consideration, and if approved, the adoption of a report of the

previous years work, together with an audited statement of accounts and balance sheet.

{ii} the appointment of the Officers;

{iii} the appointment of auditors, who shall not be members of the Executive.

{iv} the appointment of the Executive Committee;

b] A Quorum of a general meeting shall be fifteen members or one quarter of all members entitled to vote, whichever be the fewer.

d] Not less than fourteen days notice of a General Meeting shall be given in writing to all members of the Council.

a] The Officers, namely the, Chairman, Vice-Chairman, Secretary and Treasurer, and up to four other Officers as appropriate, shall be appointed annually by the Council.  [The Chairman shall be eligible for re-election until he has served a maximum period of three years, after which he shall become ineligible for election to the same post for a period of one year].

b] {i}The Executive Committee shall consist of the Officers and  five other members appointed annually by the Council.

the Executive Committee providing such persons are voting members of the Council. Such co-options shall be submitted for approval to the next General Meeting of the Council.

{iii}Any member who is absent from three successive meetings without an apology shall be deemed to have resigned.

c] There shall be a minimum of four meetings of the Executive Committee per year, and the quorum shall be five, of whom at least one shall be an Officer.

d] In the event of equality of votes in the determination of any matter at any meeting of the Council or its Committees, the person chairing the meeting shall be entitled to a casting vote.

e] The Executive committee may, at its discretion, appoint a president who will not be a voting member of the executive committee. In making this appointment the Executive Committee will take into account the President’s ability to support and represent Stafford District Arts Council externally and to progress its aims and objectives.

f] The chair, vice-chair and at least two other members of the Executive Committee shall be Trustees of the Charity and be registered as such with the Charity Commission

h] General Meetings shall be chaired by one of the Trustees

members, donations and legacies, grants in aid, loans and other sources.   In particular, the Council will seek grants from the Arts Council of England and other funding bodies and may also undertake fund raising projects and activities.

b] The Council’s financial year shall run from 1st April to 31st March and subscriptions shall be due in advance on 1st April each year.

Alterations to the Constitution shall only be made by the Council at the Annual General Meeting or at a Special Meeting and shall be approved by a vote in favour of such alterations of not less than two-thirds of the Council Members present.

Not less than 28 days notice in writing shall be given to the Secretary of any motion to alter the Constitution and not less than 14 days in writing of any Annual or Special Meeting at which such motion shall be considered shall be given to all members of the Council such notice to be accompanied by a written statement of any proposed alteration to the Constitution provided that no alteration of Clauses 2 and 11 and this clause shall be made without the approval of the Court or the Charity Commissioners or other authority having charitable jurisdiction, and provided further that no alteration shall be made which would have the effect of causing the Council to cease to be a Charity at Law.

The proceedings of the Council shall not be invalidated by any failure to appoint or any defect in the appointment, election or qualification of any member or representative.

The Council may be dissolved by a Resolution passed by a two thirds majority of those present and voting at a Special General Meeting convened for the purpose of which 21 days notice shall have been given to the members.   Such resolution may give instructions for the disposal of any assets, held by or in the name of the Council, provided that if any property remains after the satisfaction of all debts and liabilities such property shall not be paid to or distributed among the members of the Council but shall be given or transferred to such other charitable institution or institutions having objects similar to some or all of the objects of the Council as the Council may determine and if and insofar as effect cannot be given to this provision, then to some other charitable purpose.