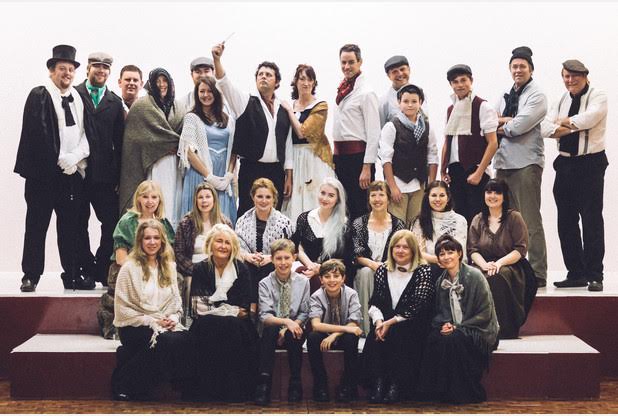 Stafford and District Operatic Society is tackling gothic musical Sweeney Todd for its latest production, which opens at the Gatehouse Theatre on Tuesday October 13th.

A dark tale of love, intrigue and bloody murder, Sweeney Todd tells the tale of a skilled barber, falsely sentenced to hard labour, who returns from exile to London to exact revenge on the man who destroyed his family and ruined his life.

But the bodies begin to mount up, so Sweeney Todd teams up with pie shop owner Mrs Lovett to cook up a delicious scheme to dispose of his victims.

Calum Robarts who is playing Sweeney Todd, said: “Since learning Stafford Operatic were going to do a production of Sweeney Todd, I have been incredibly excited. The works of Stephen Sondheim have always been a passion of mine and Sweeney is, in my personal opinion, one of the best.

The complexity of the music is incredible, as well as being very tricky, and it is a very brave choice for any group, professional or otherwise. However, under the musical direction of Bill Moss, the society is sounding fantastic and are proving more than a match for even the trickiest moments!

“The part of Sweeney is one I’ve always wanted to play, so landing the role was a dream come true. He is a very complex character, with many different levels, not just the razor swinging maniac everyone thinks of. It’s been many months of hard work, but with the great direction of Rachel Millar, everything is now coming together and it promises to be an excellent show.”

The show runs from October 13th to 17th and tickets are available now by calling 07817 215420 or emailing tickets@staffordoperatic.org.uk. or order direct by visiting www.ticketsource.co.uk/staffordops